One of the latest attractions to hit Cancun is actually found beneath the surface of the water. Starting in 2009, Cancun has started constructing a truly fascinating underwater museum known as the Museo Subacuatico de Arte (the Subaquatic Musuem of Art). When it's completely finished, the underwater museum will have over 400 sculptures. Today, scuba divers who go diving off the coast of Cancun will get a chance to swim past some of these may statues. The point of the museum is to showcase the interactions and connections between art and the environment. Similar to shipwreck structures that become artificial reefs, the sculptures will draw complex reef life. In fact, the statues that were first placed in the underwater museum have already started showing signs of coral growth.

The artistic mind behind Cancun's underwater structures is the artist and sculptor Jason de Caires Taylor. So far, four distinct installation have been set up in the area that takes up over 420 square meters of barren sea. The four installations that are currently set up are called as follows: La Jardinera de la Esperanza (the Garden of Hope), Coleccionista de los Suenos (Dream Collector), Hombre en Llamas (Man on Fire), and The Silent Evolution. The first three of these made up Phase One, and were installed in 2009. The last of these, The Silent Evolution, was installed in 2010 and is said by divers to be the most ambitious of all the installations. It chronicles the evolution of humans in a collection of over 400 lief-size statues. On the final stage, set to begin its setup by 2011, other artists, mostly local ones, will be asked to contribute their own sculpture work and their own ideas about the interconnections of nature and art.

The underwater sculptures see over 750,000 visitors a year, making it the most visited site in the world of Cancun scuba diving. 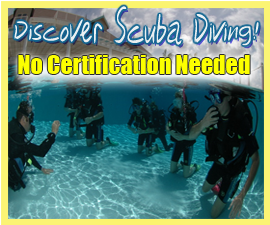